The International Federation of the Phonographic Industry (IFPI) said that global music industry sales – both physical and digital – fell by an estimated 10pc last year.

The launch of new legal download services such as Spotify and Apple's iTunes and the introduction of legislation to protect copyright in a number of countries have so far failed to alleviate the problem, said the IFPI.

"It would be great to report these innovations have been rewarded by market growth, more investment in artists, more jobs. Sadly, that is not the case," John Kennedy, IFPI executive chairman, told Reuters.

"The problems that we're facing with piracy have certainly not gone away. We have always hoped the day will come that the increase in our digital business will make up for the fall in our physical business and that's certainly not happening yet."

Overall recorded music sales were estimated to be down around 10 per cent compared with a fall of around 7 per cent in 2008 and an 8 per cent fall in 2007.

Sales have fallen by 30pc in the past five years despite a 940pc growth in digital. 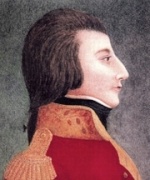 They created this mess themselves.

Half of this is probably my fault.